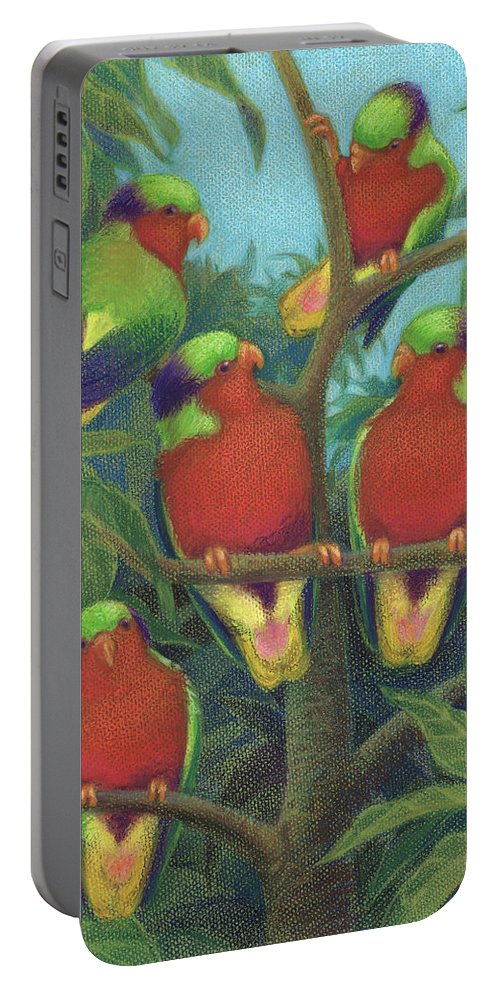 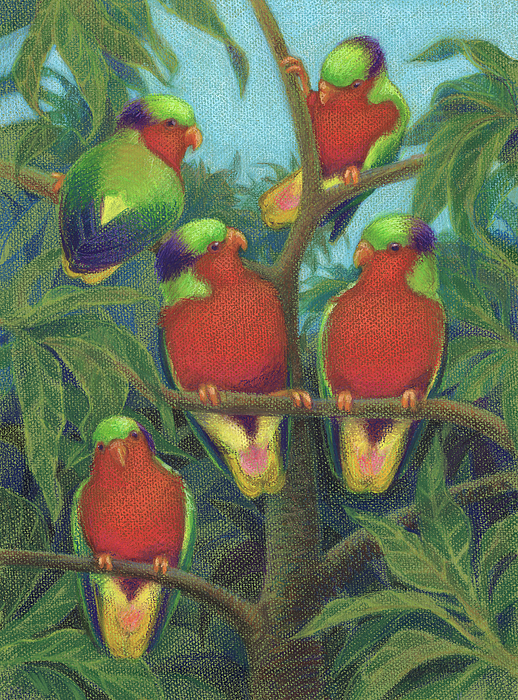 This product is currently out of stock.

You'll never run out of power again!   If the battery on your smartphone or tablet is running low... no problem.   Just plug your device into the USB port on the top of this portable battery charger, and then continue to use your device while it gets recharged.

With a recharge capacity of 5200 mAh, this charger will give you 1.5 full recharges of your smartphone or recharge your tablet to 50% capacity.

When the battery charger runs out of power, just plug it into the wall using the supplied cable (included), and it will recharge itself for your next use.

This painting saved me. I was involved in a project to reintroduce Rimatara Lorikeets to the Cook Islands, from Rimatara in French Polynesia. On a... more

This painting saved me. I was involved in a project to reintroduce Rimatara Lorikeets to the Cook Islands, from Rimatara in French Polynesia. On a first research trip to Rimatara, I sketched the lorikeets and did this composition from the sketches, and it became the cover for our application to French Polynesia for the reintroduction. But to our surprise, we were suspected to have illegally captured a lorikeet, an endangered species, to do this drawing and other illustrations. What finally saved us was the fact, that I had drawn the feet wrong! I had drawn three toes in front, as is typical for most birds, instead of two in front and two in the back. After being embarrassed, and relieved, I fixed those feet.