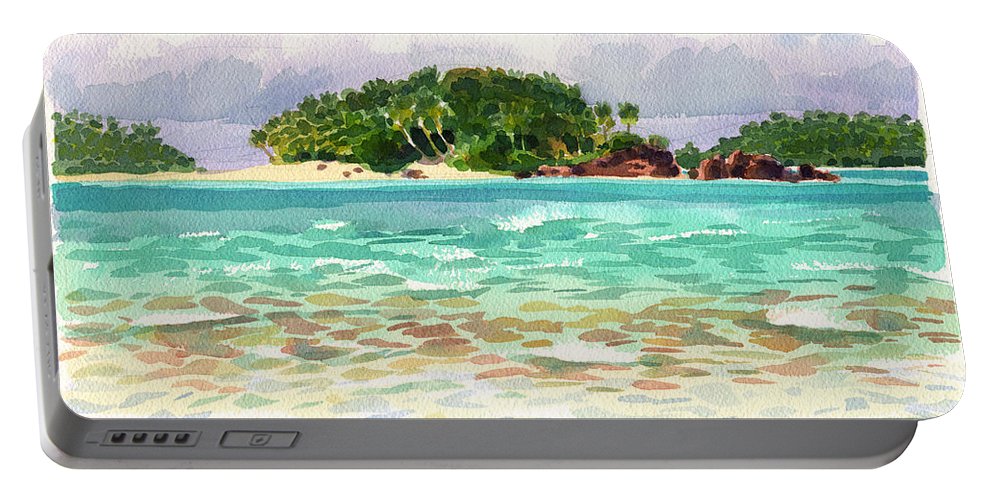 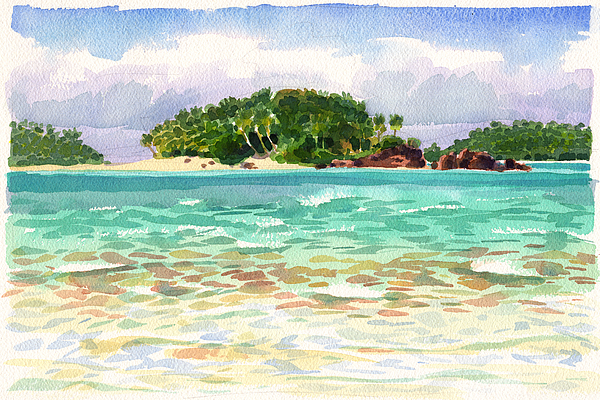 This product is currently out of stock.

You'll never run out of power again!   If the battery on your smartphone or tablet is running low... no problem.   Just plug your device into the USB port on the top of this portable battery charger, and then continue to use your device while it gets recharged.

With a recharge capacity of 5200 mAh, this charger will give you 1.5 full recharges of your smartphone or recharge your tablet to 50% capacity.

When the battery charger runs out of power, just plug it into the wall using the supplied cable (included), and it will recharge itself for your next use.

This beautiful islet of the island of Aitutaki had been the location of the UK reality TV program Shipwrecked. But Motu Rakau is much more... more

Art provides an opportunity for kaleidoscopic thinking. Each time we shift the lens of our perceptions, we gain new perspectives — and new opportunities for innovation. CONGRATULATIONS ON YOUR RECENT SALE OF AN WONDERFUL WORK!

This beautiful islet of the island of Aitutaki had been the location of the UK reality TV program Shipwrecked. But Motu Rakau is much more interesting than that, because unlike a typical atoll islet, it has volcanic dark rocks and big trees, instead of only coral rubble, white sand and hearty, wiry atoll vegetation. Atolls are originally volcanic islands, but the volcanic core had eroded and sunk in the ocean, while the surrounding reef had kept growing to stay near the surface of the ocean, and eventually it forms a ring of islands around a central turquoise lagoon. Aitutaki is an Almost-Atoll, which later had a second volcanic eruption, building up a higher island again as well as two small islets in the center of the lagoon. The brown-black rocks are tell-tale signs of the fresh volcanic activity and a beautiful contrast to the all-white coral environment, also providing nutrients for different, leafy trees than usually grow on atolls.